The ambassador of Norway to Sri Lanka, HE Joranli Eskedal and the ambassador of the Kingdom of the Netherlands HE Tanja Gonggrijp met Commander Eastern Naval Area, Rear Admiral Sanjeewa Dias at the Eastern Command Headquarters on 13th October 2021.

The cordial discussion among them focused on several matters of bilateral importance and mutual interests. At the end of the discussion, Commander Eastern Naval Area presented momentoes to both ambassadors, marking the significance of the occasion. 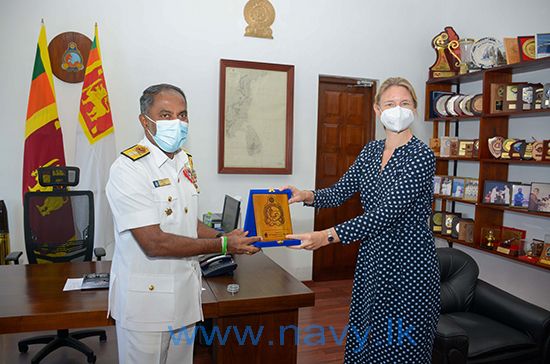