324 well-groomed recruits of 242nd intake pass out in Poonewa

After completion of their basic training, three hundred and twenty four (324) regular and volunteer recruits and women recruits of the 242nd intake of the Sri Lanka Navy, passed out in a colourful ceremony held at the main parade ground of SLNS Shiksha, Poonewa today (16th October 2021).

The ceremony held in accordance with time-honoured naval traditions was graced by Commander North Central Naval Area, Rear Admiral Bandula Seenarathna, as the Chief Guest. Those recruits who remained outstanding in the basic training period, received awards from the Chief Guest, in recognition of their excellent performances.

Accordingly, Recruit TAN Nimnajith was adjudged the Best Recruit of the 242nd intake and Recruit UKC Akalanka won the award for the Recruit with the Highest Aggregate in all subjects. Meanwhile, Recruit BMTM Kumara clinched the award for the Best Marksman where the trophies for the Best Sportsman and Sportswoman went to Recruit WMAD Bandara and Woman Recruit WGNS Amarasinghe. The ‘Sayura’ Division was selected as the Best Division of the 242nd intake. The dignified ceremony was made more attractive by a scintillating performances of the Navy Band and Cultural Troupe.

The proceedings of the event had been organized adhering to COVID-19 protocols to prevent possible transmission of the pandemic. Commandant SLNS Shiksha, Captain Waruna Ferdinandus and a limited group of naval personnel were present on this occasion. 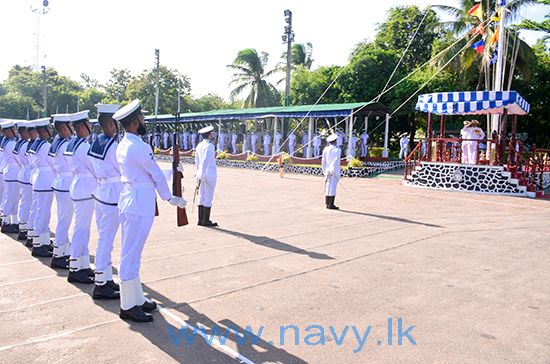 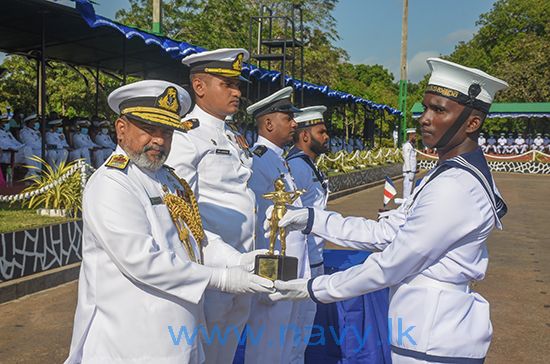 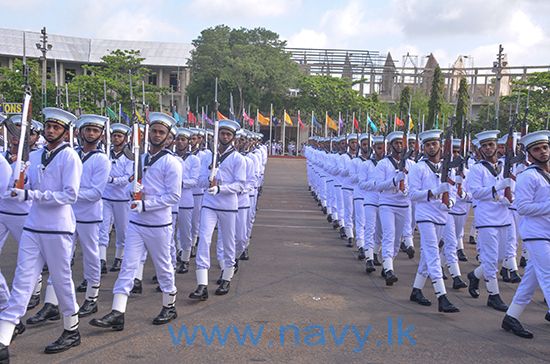 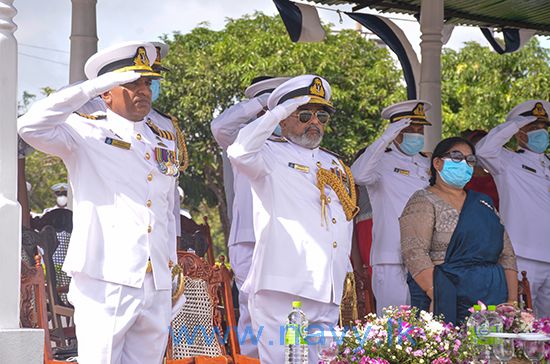 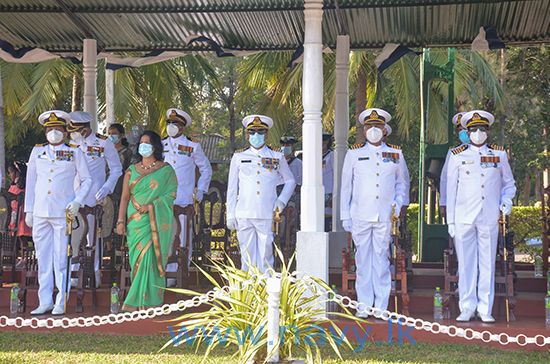