Relinquishing duties to which he was committed more than 33 years, Rear Admiral Asoka Wijesiriwardane retired from naval service today (05thNovember 2021).

Commander of the Navy, Vice Admiral Nishantha Ulugetenne flanked by the Board of Management extended warm wishes to the retiring naval officer who is celebrating his 55th birthday today. Thereupon, Rear Admiral Asoka Wijesiriwardane was accorded a Guard of Honour in accordance with naval traditions before fellow naval officers making their formal farewells to the outgoing senior officer appreciative of his service. Subsequently, he was sent off in a motorcade through the portals of Navy Headquarters.

Joined Sri Lanka Navy as an Officer Cadet of the 18th intake in 1988, Rear Admiral Asoka Wijesiriwardane has rendered a prominent service to the Navy, commanding a number of ships, establishments and the 4th Fast Attack Flotilla (4 FAF) of the Navy during his illustrious career. Besides, he also served in the appointments of Acting Provost Marshal, Acting Naval Officer in Charge Poonewa and Commandant SLNS Shiksha, Naval Officer in Charge and Port Facility Security Officer Hambantota and Director Naval Inspectorate as well. 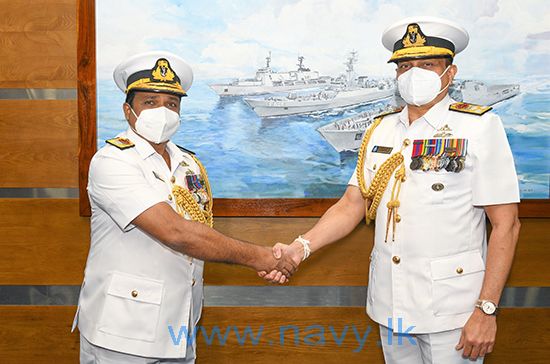 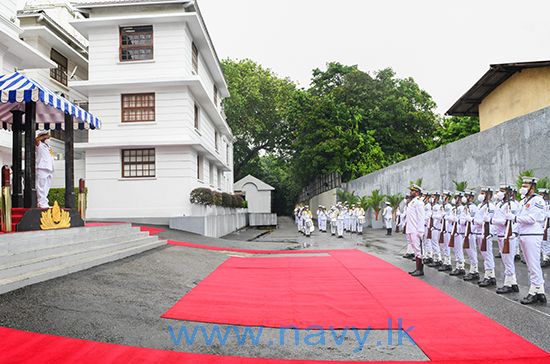 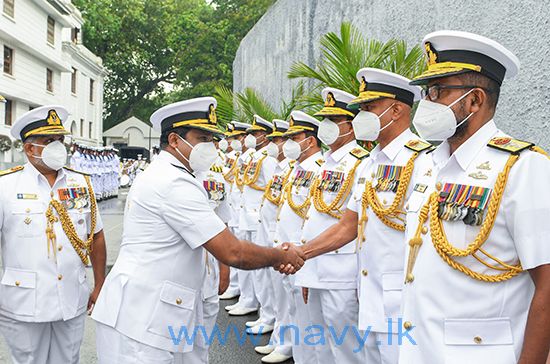 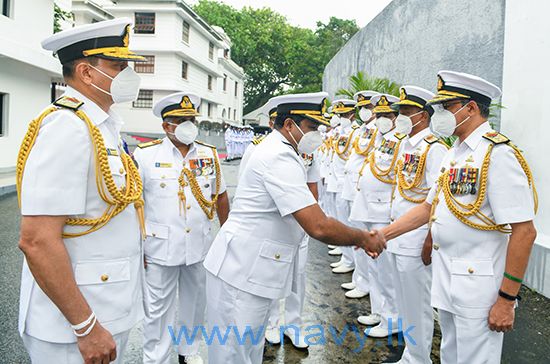 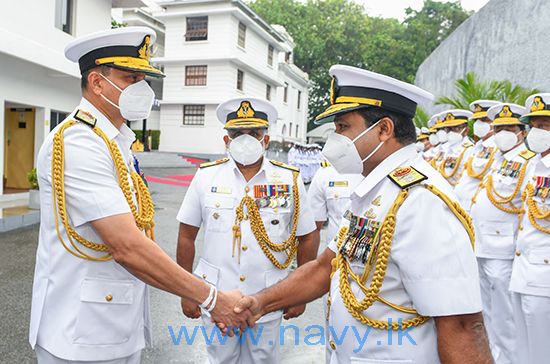