Commander of the Navy, Vice Admiral Nishantha Ulugetenne attended the Goa Maritime Conclave (GMC) – 2021 hosted by the Indian Navy for the third time, under the aegis of Naval War College, Goa from 07th to 09th November 2021.

The theme for this year’s GMC was “Maritime Security and Emerging Non-Traditional Threats: A Case for Proactive Role for IOR Navies” conceptualised by Chief of the Naval Staff India, Admiral Karambir Singh who presided at the conclave. Meanwhile, the Keynote Address of the conclave was delivered by the Foreign Secretary of India, Mr. Shri Harsh Vardhan Shringla.

The conclave made way for an ideal platform for the Chiefs of Navies and Heads of Maritime Forces to deliberate on non-traditional threats in the Indian Ocean Region and other issues. Addressing the august galaxy of intellectuals attending the conclave, Commander of the Navy, Vice Admiral Nishantha Ulugetenne shed light on ‘Maritime Security and Emerging Non-Traditional Threats; Case for Proactive Role for IOR Navies – A Sri Lanka’s Perspective’. The salient point of his speech centred on significance of IOR, non-traditional threats in IOR, role of IOR navies, maritime security challenges in Sri Lanka and Sri Lanka Navy’s perspective on overcoming those challenges. Meanwhile, Commander of the Navy also expressed his gratitude to the Chief of the Naval Staff India for extending and invitation to address this year’s conclave and congratulated him for the well-organized event.

On the sidelines of GMC-2021, a bilateral meeting was held between Commander of the Navy, Vice Admiral Nishantha Ulugetenne and Chief of the Naval Staff India, Admiral Karambir Singh. Their discussion focused on several matters of mutual interests and bilateral nature, while highlighting the long-standing relationship between two countries. During this meeting, Vice Admiral Ulugetenne extended best wishes to Admiral Singh who is set to proceed on retirement in due course. The cordial discussion between the top brass concluded with an exchange of mementoes to signify the importance of this occasion. Further, Vice Admiral Nishantha Ulugetenne also held bilateral discussions with Flag Officer Commanding in Chief Western Naval Command India, Vice Admiral R. Hari Kumar who will take over command as the next Chief of the Naval Staff, India effective from 30th November. Their discussions were mainly centred on matters pertinent to further enhancement of interaction and cooperation between two navies.

Apart from that, Commander of the Navy met with Commander in Chief (Navy) of Myanmar, Admiral Moe Aung and held fruitful discussions on several matters relating to both navies.

In addition, Commander of the Navy also visited indigenous innovations in the shipbuilding industry of the Indian Navy. Participating this nature of conclaves in the maritime fraternity invariably paves the way for stakeholders to enhance mutual cooperation and international relations to successfully overcome emerging non-traditional maritime threats and other challenges in the Indian Ocean region and to be an active partner for the security of the same ocean region. 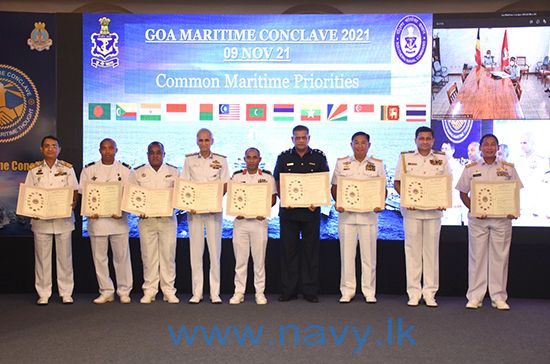 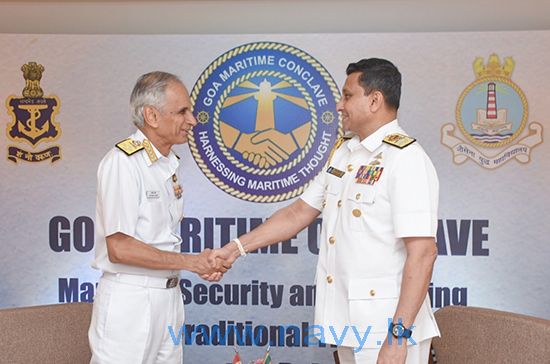 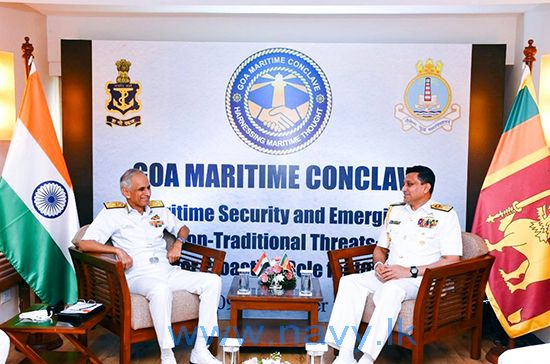 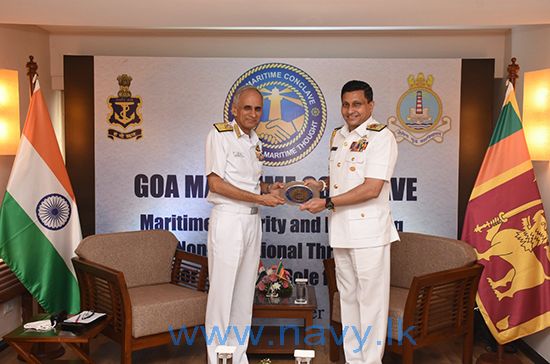 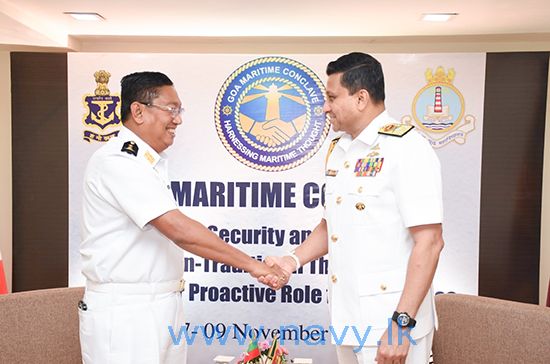 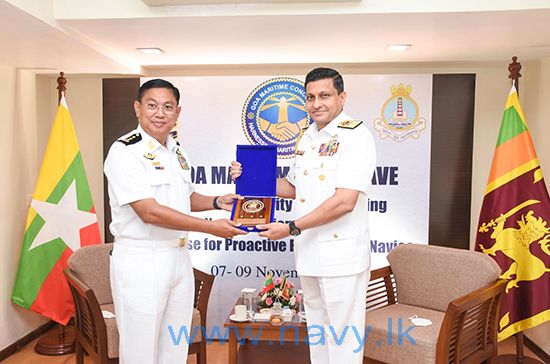 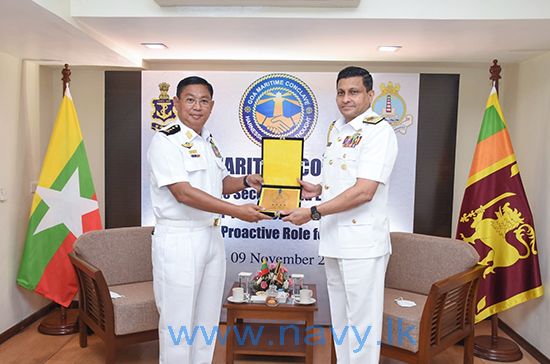 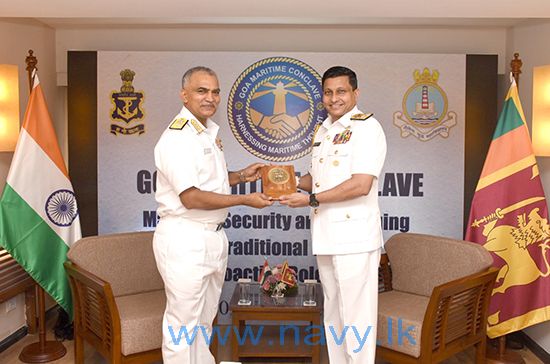