The Sandahiru Seya constructed in the sacred city of Anuradhapura was declared open on an auspicious note by His Excellency the President Gotabaya Rajapaksa and Hon. Prime Minister, Mahinda Rajapaksa on the Ill Full Moon Poya Day (18th November 2021). The spiritual ceremony held amidst the blessings of Maha Sangha was attended by Commander of the Navy, Vice Admiral Nishantha Ulugetenne and President Navy Seva Vanitha Unit, Mrs. Chandima Ulugetenne.

Under the guidance of the 5th Executive President, also the incumbent Prime Minister, Hon. Mahinda Rajapaksa, the construction of this Stupa began on 22nd November 2010, in memory of all the supreme sacrifices and noble services made by tri-service war veterans as well as Police and Civil Security personnel for the unity and territorial integrity of the motherland, eradicating the three-decade long brutal terrorism from the country. Further, the Defence Secretary, General (Retd) Kamal Gunaratne, following the directives of the President His Excellency Gotabaya Rajapaksa - then Defence Secretary, supervised the recent construction work of the Stupa.

The ‘Crest Gem’ and ‘Pinnacle’ unveiling ceremony of Sandahiru Seya, got under way in the evening of 18th November, under the auspices of His Excellency the President and Hon Prime Minister, amidst chanting of Jaya Pirith by members of Maha Sangha and ‘homage of the drums’ (Hevisi Puja). Besides, His Excellency the President engaged in several other meritorious deeds such as; adorning the Relic Casket with jewelry, opening of Dolosmahe Pahana, vesting the Sandahiru Seya with Sambuddha Sasana and illumination of the Stupa (Aloka Puja).

Construction work of this unique Stupa was mainly carried out with able manpower and industrial expertise of the tri-services and Civil Security Department. In this backdrop, Sri Lanka Navy performed a range of undertakings which included brick production, construction of Stupa and living quarters for Bhikkhus, illumination of the main entrances, parking lots and other entrances of Sanda Hiru Seya as well as landscaping of the premises.

Appreciative of the efforts of tri-services and Civil Security Department personnel engaged in this meritorious deed, His Excellency the President presented rewards and certificate to them on this special occasion.

Members of Maha Sangha including the Maha Nayake and Anu Nayake Theras of the Three Chapters, religious dignitaries from other faiths, Hon. Speaker of the Parliament, Cabinet and State Ministers, Members of the Parliament, Ambassadors, State Officials, Defence Secretary, retired senior tri-service officers, Chief of Defence Staff and Commander of the Army, Commander of the Air Force, Inspector General of Police, Director General Civil Security Department, senior officers from armed services, family members of war veterans, distinguished guests and devotees were also present on this occasion. 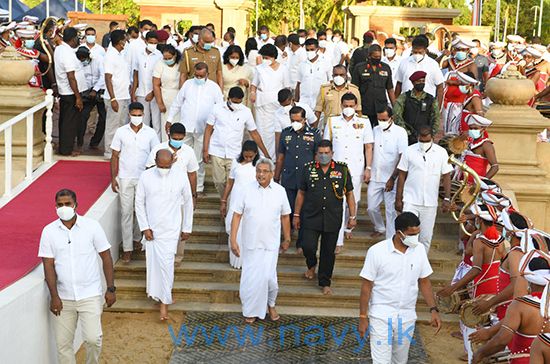 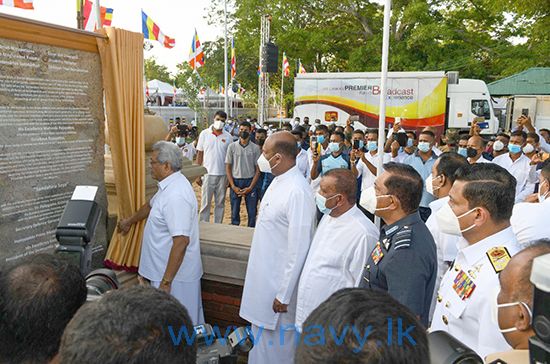 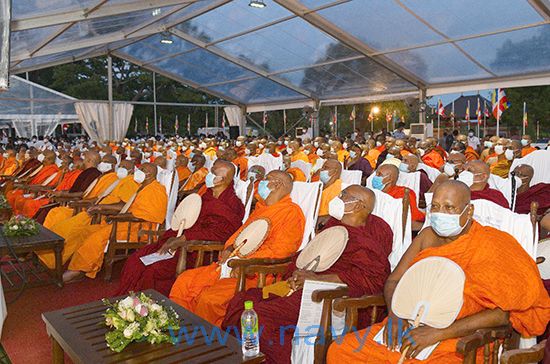 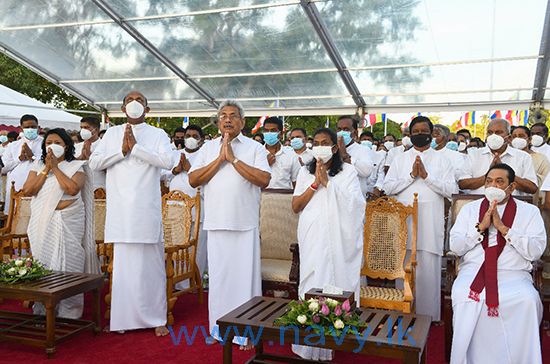 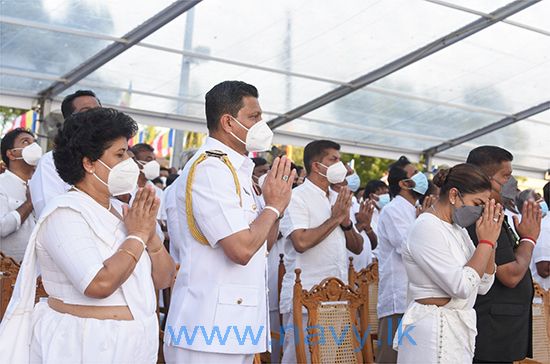 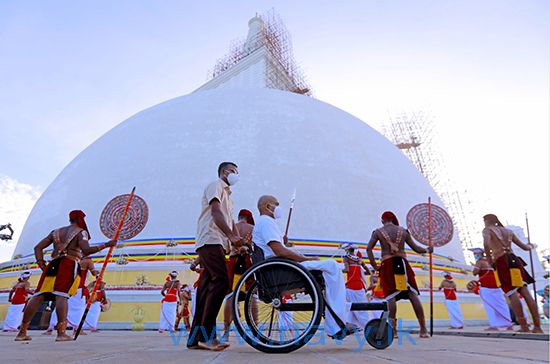 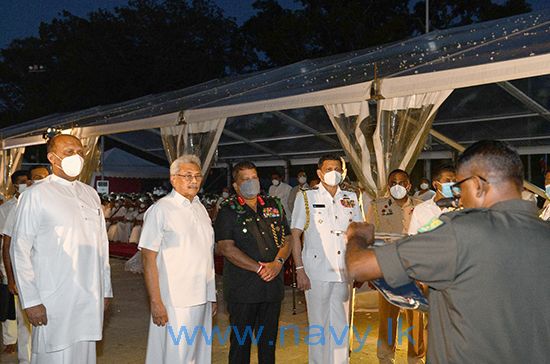 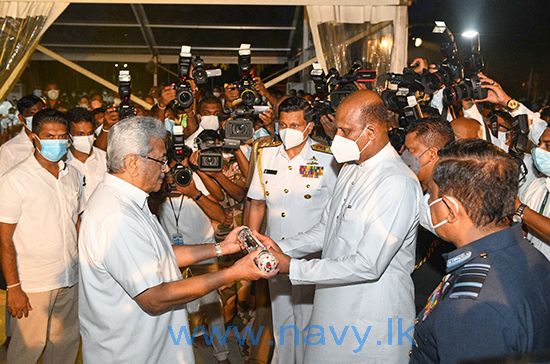 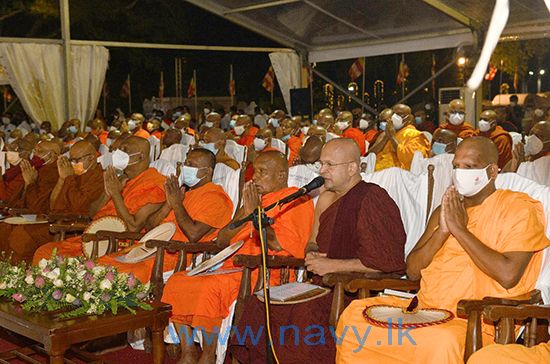 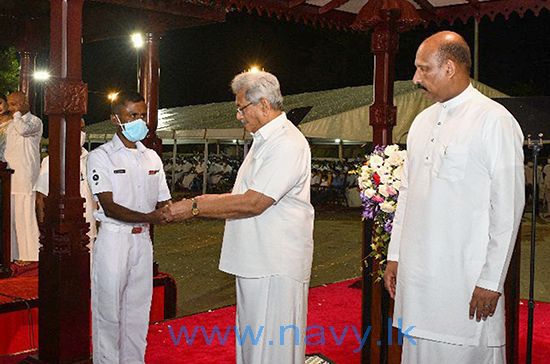 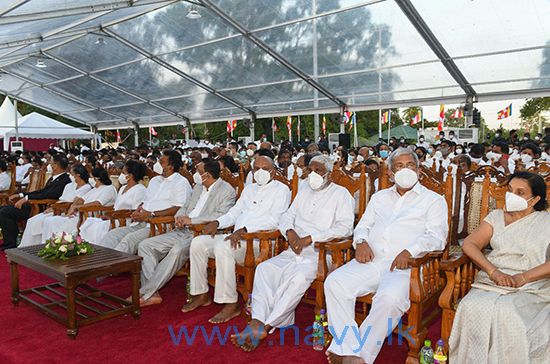 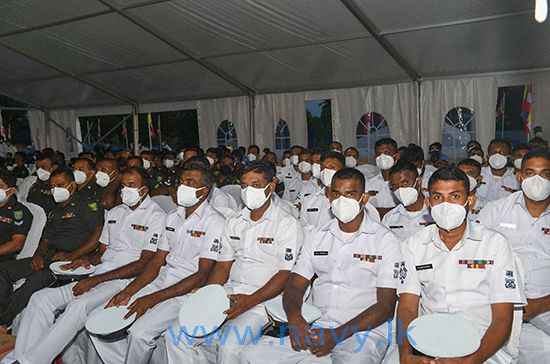 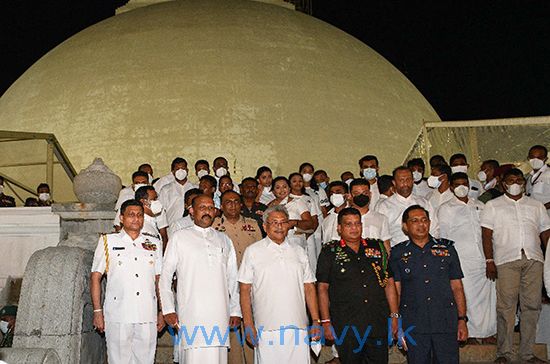