Rear Admiral Sameer Saxena arrived in the island with the two ships which called at the port of Colombo today. Accordingly, INS ‘Chennai’, a Destroyer and the Flagship of the Indian Western Fleet, along with the Frigate INS ‘Teg’, arrived in Colombo. Upon their arrival, the Indian Navy ships were welcomed by Sri Lanka Navy in accordance with naval tradition.

During the ensuing meeting, Commander of the Navy and Flag Officer Commanding Western Fleet of the Indian Navy exchanged views on several matters of bilateral importance. Mementoes were also exchanged between them, marking the significance of the occasion. Defence Adviser at the Indian High Commission in Colombo, Captain Vikas Sood was also present on this occasion.

All proceedings relating to the visit of these ships will be carried out adhering to COVID-19 protocols. 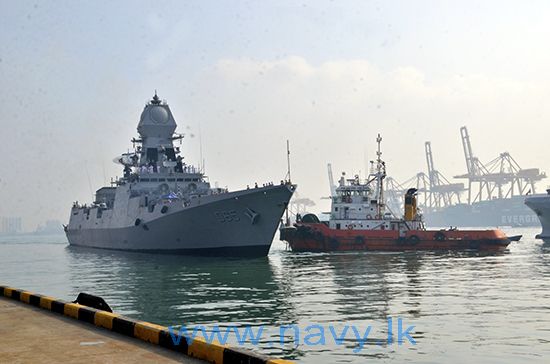 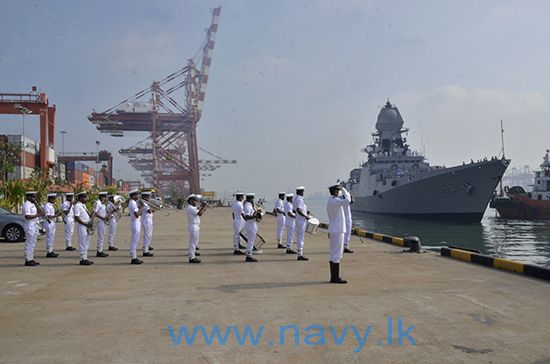 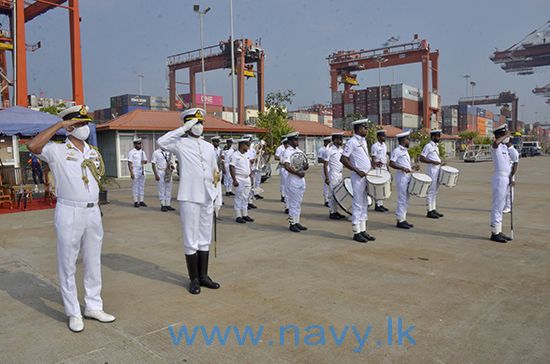 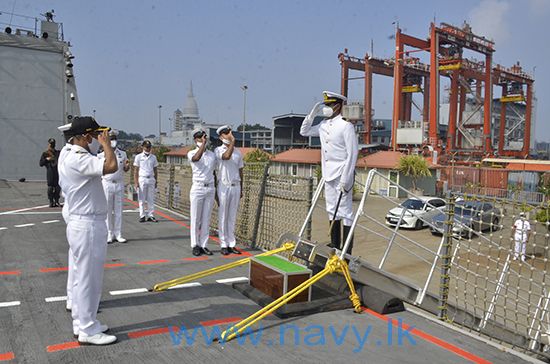 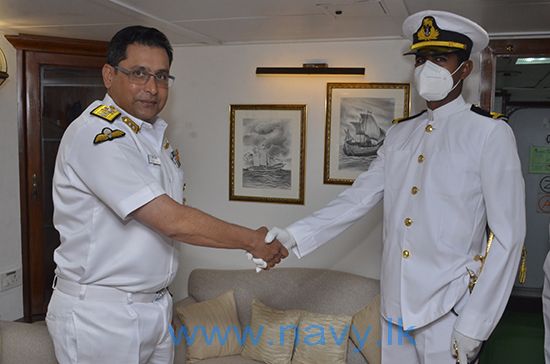 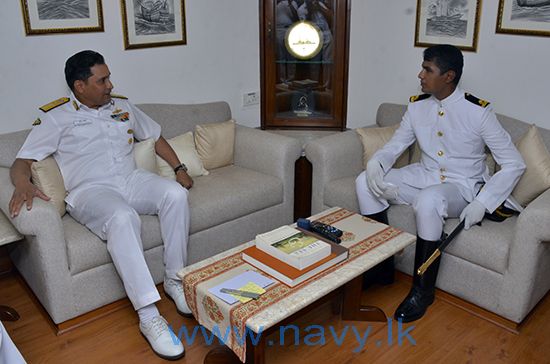 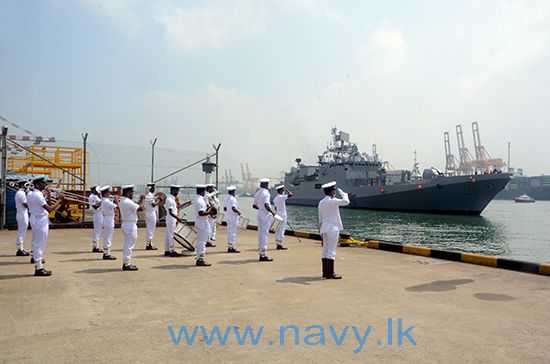 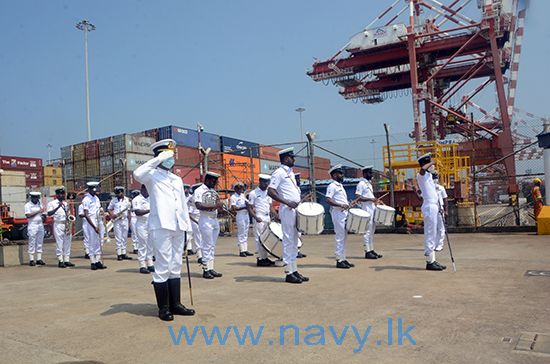 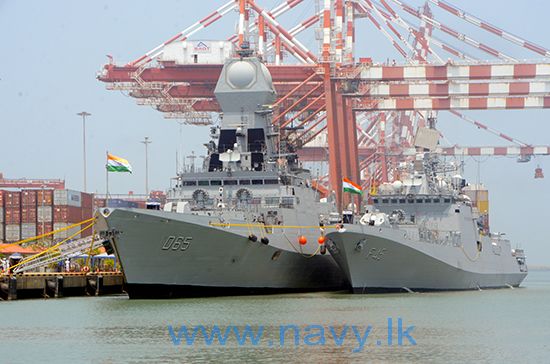 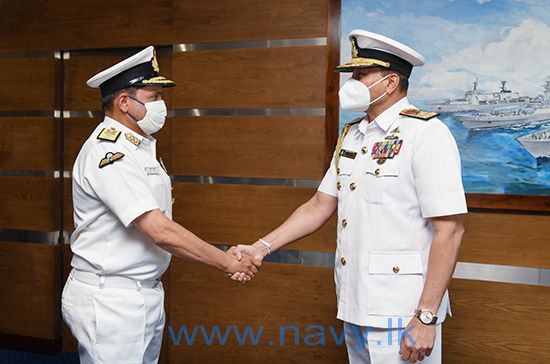 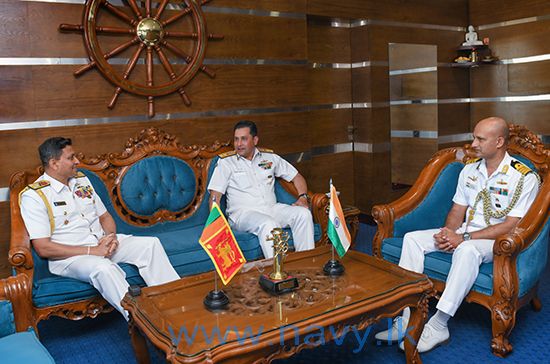 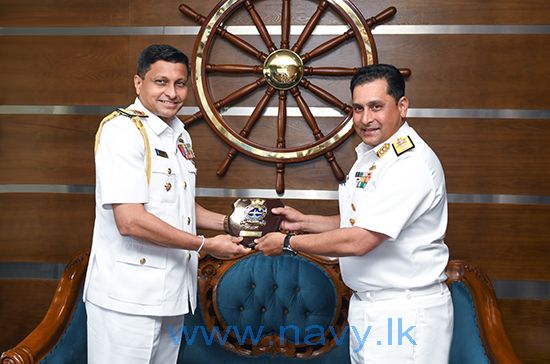 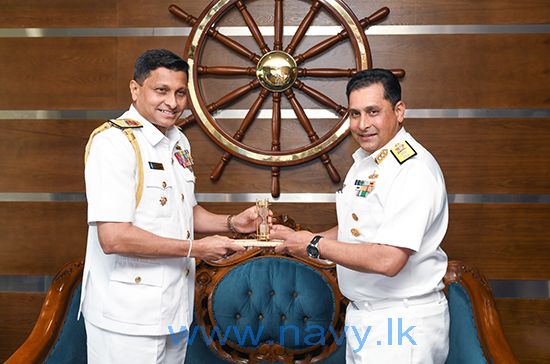 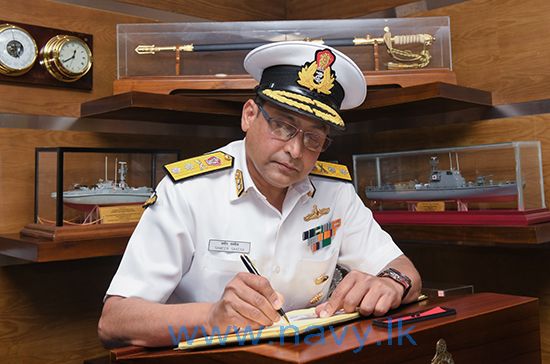